Skip to Content
Storyteller.travel shares the best travel insights, facts, and photos. When you use our links, we may earn an affiliate commission. Learn more.
96 shares

B. Brent Black is a Panama Hat expert (bio) and in this post he shares 8 common myths and legends about Panama Hats.

The Panama Hat: 8 Myths and Legends

1. Panama Hats are Made in Panama

Nope. Ecuador. Indigenous Ecuadorians already were weaving fine straw hats when the Spanish first arrived on the coast of what is now Manabí Province.

So, why are hats made in Ecuador called Panama hats? No one knows.

Many writers, including me, have attributed the name to miners on their way to and from the California Gold Rush of 1849 who bought hats from Ecuador on their way across Panama from one ocean to another.

We have also said it was because workers building the Panama Canal wore the hats. Or because President Teddy Roosevelt wore a hat from Ecuador while inspecting canal construction and a photo of TR and his “Panama” hat appeared in newspapers all over the world.

Good explanations. But then there is that pesky book, Peter Simple, published in 1835 in which the author, Frederick Marryat, describes “large panama straw hats.” The book predates all the popular explanations. The author no longer gives interviews.

Another no. Neither the hats, nor the weavers, are submerged. Weavers do moisten their fingertips with water from time to time, as a bank teller counting money might do, to help guide the straws through the weaving dance.

In one of the opening scenes of Charlie Chan in Panama, a man is sitting in the front window of a Panama hat store, weaving a hat that is in an aquarium, underwater. Apparently, the art director believed the myth.

Maybe. For a little while. I could fill a very finely woven hat with water, hurry it a short distance, and arrive with just about all of the water. But the “bucket” would seep water and leave behind a trail of water drops.

Tip: if you’re looking for something in which to carry water to put out a fire, and you have a choice between a $25,000 Montecristi hat and a $4.98 plastic bucket, go with the bucket.

4. A Fine Panama Hat Can be Rolled and Passed Through a Wedding Ring

The jury is still out on this one. I’ve never tried it. I’d think not, but I’m not curious enough to risk damaging a fine hat to find out. A client of mine swears he rolled up a $25,000 Montecristi hat and put it through his wedding ring.

First thought I had was – Why? I know the hat; he got it from me. It was blocked. It had a leather sweatband. And a blue vintage ribbon. (See photo)

5. Any Panama Hat Can be Rolled and Will Magically Spring Back to its Original Crisp Shape

Not quite. I really hate this particular myth. Yes, you can roll up a Panama hat that has not been stiffened. Then you can unroll it. And ta-da! You now have a hat that looks like it’s been rolled up and unrolled.

Some styles will be less wrecked than others. And the convenience of rolling for travel can be worth the sacrifice of a few style points.

If you must roll, I recommend an Optimo, often called a Colonial in Ecuador.  Fold along the crease, roll, put into a mailing tube with a 4-inch diameter, and go somewhere. The hat my client put through a wedding ring is an Optimo.

The photo was taken before he put it through the wedding ring. I’m guessing the Before looks better than the After would.

Just shoot me. Panama hat grades are the biggest bunch of confusing, contradictory, worse-than-useless nonsense anywhere outside a political convention. There are no industry standards.

Different sellers mean different things by Grade 10. They use different formulas to calculate their grades. Each insists his way is the “right” way to do it and the others just don’t get it.

Montecristi hats are often represented to be finos, fino finos, extra finos, super finos, and so on. Some sellers rank fino finos above extra finos. There are no rules. Sellers decide what “grade” to call their hats. One of the miracles of marketing is that there always seem to be far more super finos for sale than are woven.

Years ago, I started using a system of just counting the rows of weave in one inch, horizontally then vertically. Multiply the two numbers to get the Montecristi Cuenta.

Possibly because it’s so simple and straightforward, possibly because I had the good sense to keep my name off it, this system has become the standard of grading for most serious sellers of Montecristi hats.

These are one of the most popular Ecuador souvenirs for foreign tourists.

7. It Can Take as Long as a Year to Weave a Single Hat

Not even half that.

This was erroneously reported on National Public Radio in June 2005, again by Forbes magazine the same month, and far too often by sellers lying about their hats.

The one-paragraph piece in Forbes misinforms us that a particular hat “took a year to complete and yielded 1,500 weaves per square inch.”

The Optimo that went through the wedding ring had a count of 2,244 and was woven in three months.

The finest Montecristi hat ever woven – aka The Hat – was commissioned by me in 2008. It took five months to weave, and four more weeks for five more artisans to do their parts to finish it.
I cut a 1×1 window in a piece of paper, put it against The Hat, made a photo, blew it up on the computer so I could see the weave to count it. 56×62=3,472. 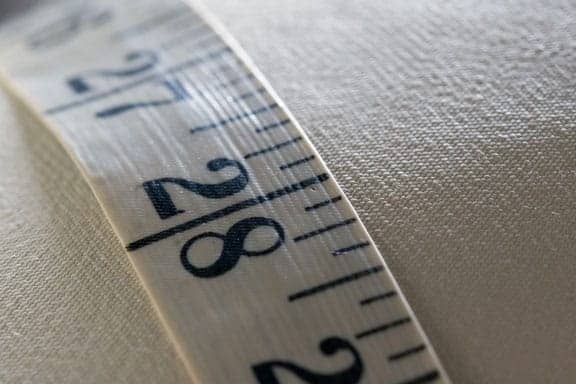 So, if that weaver in Forbes took more than a year to weave a hat with a 1500 count, well, he must have been a slacker.

8. A Fine Montecristi Hat Can Sell for Thousands of Dollars

Adjusting for inflation, $1000 in 1932 during the Great Depression would be worth how much today? A dealer in San Francisco told me, in the late 1980s, he had sold several Montecristis for $20,000. Maybe he had.

A few years ago, a man who identified himself as a high-ranking member of the church/cult of Adi Da aka Da Free John said that he had bought two hats on behalf of Mr. Da for $30,000 each.

I was inclined to believe him. Sadly, Mr. Da’s representative was not in the market for another $30,000 hat.

Prices of the finest Montecristi hats were established before I went on a mission to save the art. So I didn’t lower prices. I raised the percentage of the retail price that goes to the artists who create them.

My policy is to pay above-market prices, directly to the weavers, in cash. When one of the very finest sells for the kind of price journalists like to report, the artists who created that hat receive 40%. They think I’m the smartest buyer in history. My competitors think I’m an idiot.

Maybe both are right.

Author Bio: B. Brent Black is a Panama Hat expert and currently lives in Honolulu, Hawaii. He can be found at BrentBlack.com

Here are some photos of Panama hats taken in Cuenca, Ecuador. Photos and description by Bryan Haines.

Are Panama Hats Made in Ecuador?

While it might be hard to believe at first, Panama hats really are made in Ecuador.

After catching on in Europe in the 1800’s, huge shipments of the lightweight woven hat were destined for Paris, and were shipped through Panama – the last point of departure in the Americas – confusing Europeans with the actual origin of the hat. Napoleon the Great, was one of the first famous people to sport a Panama.

Made from palm fibers, boiled, dried then woven, these hats have been made in Ecuador since at least the 16th century.

Depending on the tightness of the weave, a single hat can take anywhere from 1 day to 6 months to complete.

Costs range from a mere $7.00 up to over $200. Tourists to Ecuador eat these up – gringos are easily spotted around the country sporting a variety of these typical hats.

Learn more about other popular things to buy in Ecuador.

Panama hats are a required purchase for many Ecuador travelers.

Hi, I’m Bryan Haines. And I’m a co-founder of Storyteller.Travel. I’m a traveler and photographer.

I also blog about photography on GudPixel.

As for number 1 "myth" I have also heard about this Roosevelt version and Peter Simple coulde be talking about the Pintao hat which is really weaved in Panama not in Ecuador.

Blessings on your Montecristi bedecked head for prioritizing fair compensation/commissions to the artisans creating these spectacular chapeaux!

Why I Love My Coolibar Sun Hat (Review) – GringosAbroad

[…] we first arrived in Ecuador, I wore the famed Panama hat (actually made here.) While they are fine, the Coolibar sun hat has quickly become my favorite for […]

Thanks for the expert information. My lady friend who resides in Guayaquil sent me an unblocked hat, size 57, and I had it pressed into a gambler here in Pittsburgh, only 1 hat blocker in this city. A 57 is too small by about 1.5 sizes, and he is stretching it for me, will take about a week he said. Hope it survives intact.

Join us as we share our experiences and the best attractions, animals, and foods from around the world. We also share travel tips, packing lists, and gear reviews.

We have a special focus on travel in Ecuador, Africa, and Nova Scotia.

Traveling to a country where you don’t speak the language? Check out our language learning section.